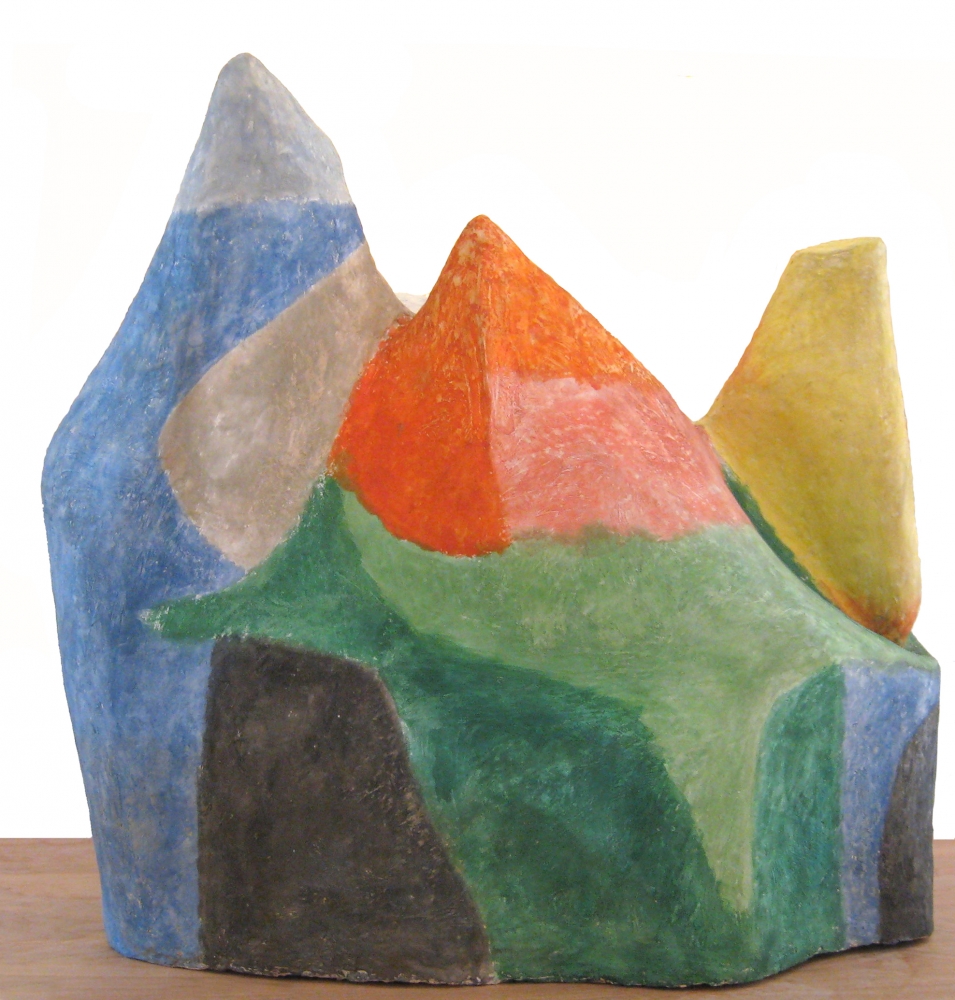 Sidney Geist, a sculptor, teacher and art writer who became a leading authority on the Romanian sculptor Constantin Brancusi, died Tuesday at the Jewish Home and Hospital in Manhattan. He was 91.

The cause was complications of a stroke, said his son, Daniel Geist.

A prolific sculptor who had a number of solo shows and participated in many group exhibitions, Mr. Geist was never identified with any particular movement or style. He reached out to different cultures and individuals for inspiration, from American Indian art of the Northwest coast to Picasso, David Smith and Brancusi.

He preferred using natural materials, like wood, stone and clay, and he refused to use machinery to accomplish his work. Most of it was done in hand-carved wood, often painted in bright colors. His bold use of color “often had a shocking public effect,” he wrote. “What surprised me is that it often had a humorous effect too, and that may well have been caused by a union of serious form and gay color. After a while I realized there was no fighting it. My serious came out humorous.”

But the critic Hilton Kramer, who knew Mr. Geist well and has written about his work, said yesterday that the sculptor’s use of color was his “greatest artistic achievement.”

Mr. Geist’s last solo show, a small retrospective this year at the Jason McCoy Gallery in New York, gave ample evidence of his chromatic interests. It was populated by many tall, totemic structures, including a bosomy “Goddess” (1948-61), eight and a half feet tall and painted bright red, and “Femme-Fleur” (1989-92), an equally well-endowed figure with a stemlike green body. Also on display was a group of smaller, more abstract objects in carved, unpainted but stained wood, and a homage to Brancusi in the form of a tall, skinny piece in raw wood whose title and structure of repetitive modules derived from his series of “Endless Columns.”

While teaching at a number of institutions, including the University of California, Berkeley, Pratt Institute and Vassar College, Mr. Geist carried on extensive research into the life and work of Brancusi, with whom he felt a great affinity. He taught himself Romanian so he could visit the artist’s native country, speak with officials and read untranslated documents.

The resulting book, “Brancusi: A Study of the Sculpture” (Grossman, 1968), was favorably received by critics and historians and still stands as a seminal Brancusi study. Mr. Geist went on to publish several other books on Brancusi’s work, including a catalogue raisonné. Later he took on Cézanne, but his book “Interpreting Cézanne” (Harvard, 1988) advanced a theory of cryptic images embedded in the artist’s work that some reputable scholars ridiculed.

Born on April 11, 1914, in Paterson, N.J., Mr. Geist grew up there and attended St. Stephen’s College in Annandale, N.Y. After serving as an apprentice to the painter Paul Fiene from 1931 to 1937, he spent a year at the Art Students League. From 1938 to 1940 he worked as a sculptor on the New Jersey Federal Arts Project of the Works Progress Administration.

He was a private in the United States Army in World War II -- “during which I spent 1944-45 moving slowly across Europe and gaining much firsthand experience in rubble and ruins,” he later wrote. “I would draw or paint on anything I could get my hands on. Sometimes I drew on the backs of candy boxes or ration cartons.” Returning to New York after the war, he studied at the Art Students League in 1945 and 1946.

He later attended the Académie de la Grande Chaumière in Paris, where his teacher was the Russian-born sculptor Ossip Zadkine. In Paris, Mr. Geist became part of a spirited group of young expatriates, including Al Held and Jules Olitski, who showed their work in a small co-operative they founded in 1950, the Galerie Huit.

Back in the United States, Mr. Geist set up a studio in downtown Manhattan, and in 1951 he had his first solo show, at the Hacker Gallery. Over four decades he held various teaching posts, doing his longest stint as instructor at Vassar from 1967 to 1981. In 1964 he helped to found the New York Studio School, an alternative atelier for artists on West Eighth Street, and served as one of its early directors. In 1992, a large retrospective of his work was held at the school.

Mr. Geist also carried on an active writing and reviewing career; his work appeared in Art Digest, Arts, Artforum, The New Criterion and other publications. In 1953 and 1954 he wrote for Art Digest under the name Otis Gage.

Mr. Geist’s marriage to Veronica Geist ended in divorce. His survivors include his son, Daniel, of Manhattan; his sister, Hortense Carpentier of East Hampton, N.Y.; and his brother, Herbert, of West New York, N.J.