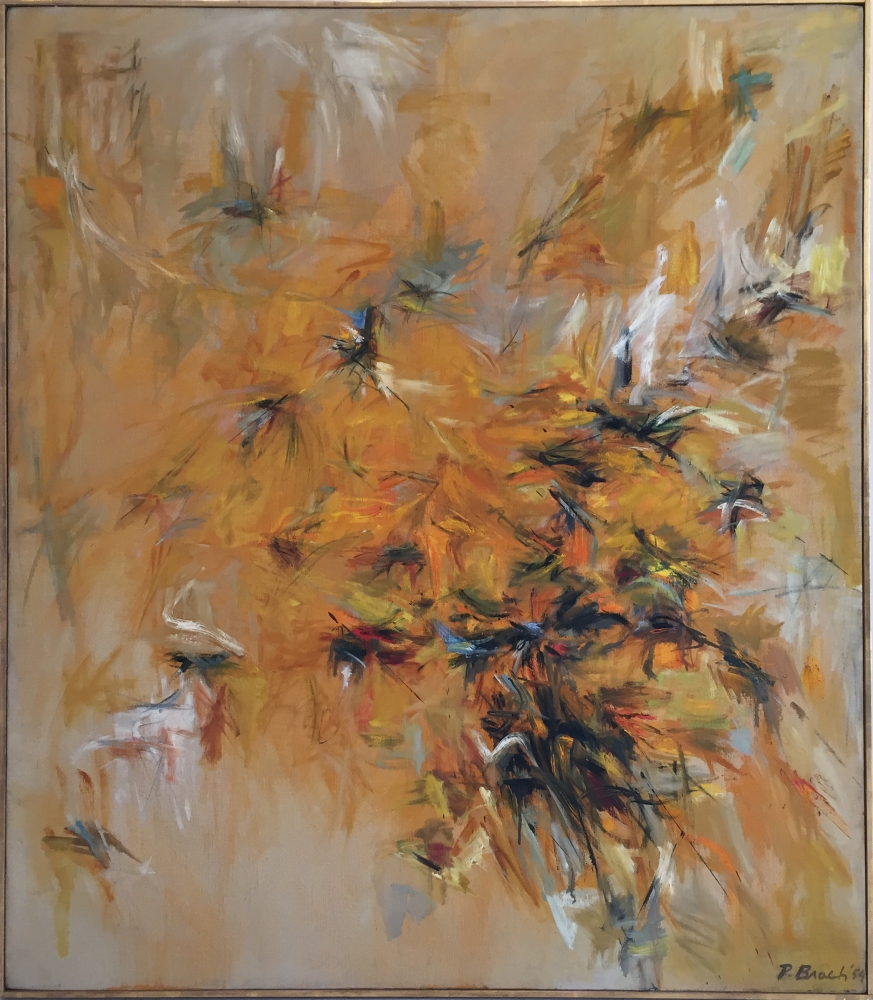 Paul Brach, a New York painter and teacher who became the irst dean of the School of Art at the California Institute of the Arts and a mentor to some of the brightest stars of the art world of the 1980s, died on Nov. 16 at his home in East Hampton, N.Y. He was 83.

The cause was prostate cancer, said his son, Peter von Brandenburg.

As dean of the School of Art at the California Institute from 1969 to 1975, Mr. Brach hired John Baldessari, Allan Kaprow and the critic Max Kozloff, among others. He helped to create a freewheeling experimental atmosphere out of which emerged artists like David Salle, Eric Fischl, Barbara Bloom and Jack Goldstein, eventual luminaries of the New York art world.

As a painter based in New York, Mr. Brach evolved from Abstract Expressionism in the 1950s to monochromatic Minimalism in the ’60s. From the ’70s on he produced simpliied landscapes of the American West with horses galloping through them. In recent paintings he blended geometric abstraction and spacey, cosmic atmospheres. An exhibition of his new works will be on view at the Flomenhaft Gallery in Chelsea from Dec. 6 to Jan. 19.

Mr. Brach was one of the irst artists to exhibit with Leo Castelli, whose gallery he helped plan in the late 1950s. Later, he had exhibitions at Cordier & Ekstrom, André Emmerich and Bernice Steinbaum.

Paul Henry Brach was born on March 13, 1924, in Brooklyn. As a boy, he wanted either to become an artist or to ride horses. As a teenager he worked as a cowboy for several summers on a ranch in Arizona, and he continued to ride horses nonprofessionally all his life. Until about six years ago, he played polo regularly in East Hampton. Graduating from the Ethical Culture Fieldston School in the Bronx in 1941, Mr. Brach went on to the University of Iowa, where he studied painting with Grant Wood before being drafted into the Army. He saw combat in Europe as an infantryman.

Back at Iowa after the war, Mr. Brach met Miriam Schapiro, who soon became his wife and later achieved renown as a painter and feminist artist. Besides Ms. Schapiro and his son, Mr. von Brandenburg, a writer and cultural critic (who changed his last name), Mr. Brach’s survivors include a brother, Roger; all live in New York. After graduating from the University of Iowa, Mr. Brach and Ms. Schapiro returned to New York, where he fell in with second-generation Abstract Expressionists like Joan Mitchell and Michael Goldberg and frequented the Cedar Bar, the famed artists’ watering hole in Greenwich Village.

“He was very witty, dry and skeptical and regular in his habits,” Mr. Kozloff said. “He was an idiosyncratic painter who was unafraid of looking like a regionalist in the modernist context.”

In the mid-’50s, Mr. Brach became friends with Mr. Castelli and began to show in his gallery.

Until 1967 he supplemented income from the sale of his paintings by teaching part time at the New School, Cooper Union and the Parsons School of Design. In 1967 he became chairman of a new art department at the University of California, San Diego, staying there for two years before moving on to CalArts, as the California Institute of the Arts is known, in Valencia.

Mr. Brach returned to New York in 1975 to become chairman of the division of arts at Fordham University’s Lincoln Center campus. Three years later he retired to paint full time, which he continued to do until early this year.