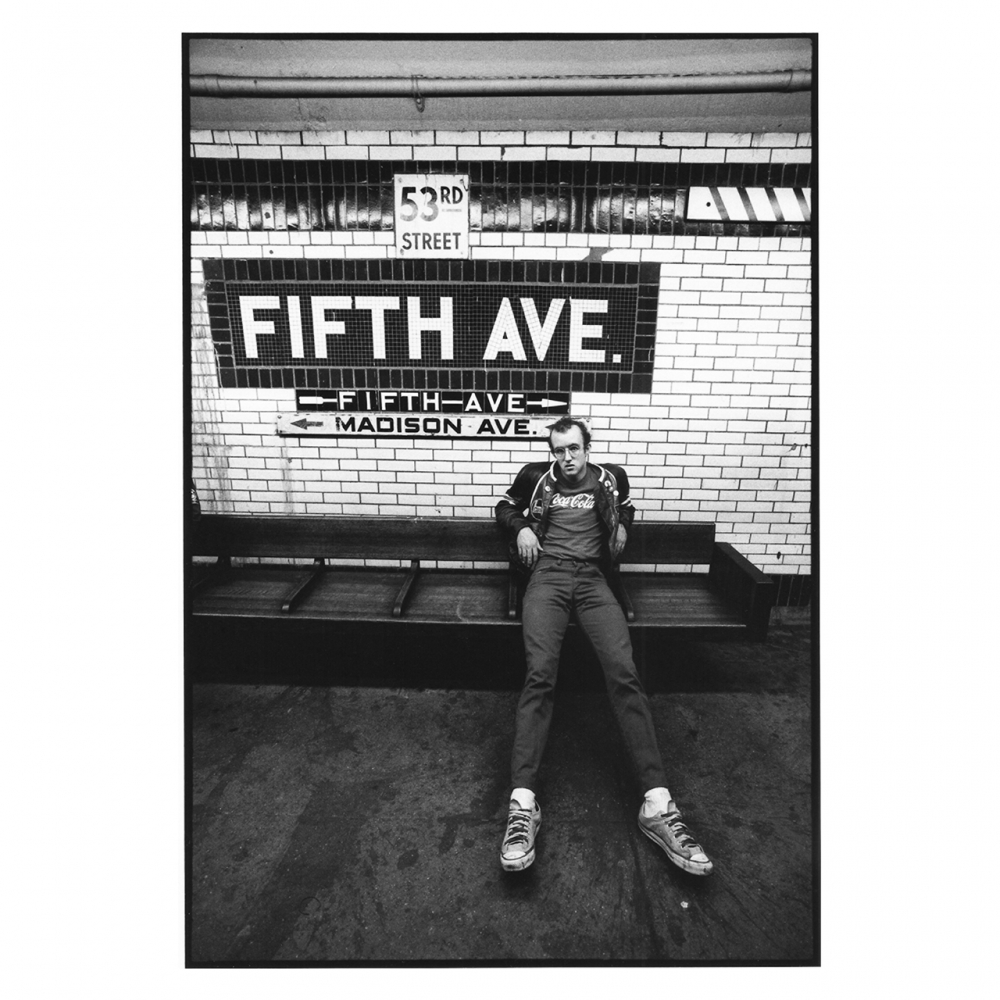 With artists like Cindy Sherman, Julian Schnabel and Jeff Koons making big waves, the 1980s were an explosively creative time for art. It was a fractious period, too, as artists and critics espoused or decried neo-Marxist theories as the art market boomed.

Lots of less famous artists had supporting roles in the tumultuous drama of New York art back then. “Tseng Kwong Chi: Performing for the Camera,” an entertaining and edifying exhibition at the Grey Art Gallery, surveys the brief but proliic 10-year career of one of the decade’s more scintillating but lesser-known players. Presenting more than 80 photo-based pieces, the show was organized by Amy Brandt, curator of modern and contemporary Art at the Chrysler Museum in Norfolk, Va., where it will be shown in August.

In 1979 Tseng Kwong Chi began to create his most memorable works: two photographic series, “East Meets West” and its follow-up, “Expeditionary Series,” in which he appeared in dark glasses and a Zhongshan suit, the uniform favored by Mao Zedong. Thus outitted, he posed in front of famous monuments like Mount Rushmore and the Eiffel Tower and natural wonders like Niagara Falls and the Canadian Rockies.

In these darkly comical images, rendered as square poster-size black-and-white prints, Tseng has an enigmatic, vaguely disquieting presence. He might be a spy on an intelligence-gathering mission or an extraterrestrial explorer who has assumed an awkwardly human form. When he’s seen far away in the midst of mountainous landscapes in pictures shot by assistants, he resembles a romantic wanderer in a Caspar David Friedrich painting.

In real life, Tseng was far from the mysterious alien he seemed to be in those pictures. Born in Hong Kong in 1950, he moved with his family to Vancouver, British Columbia, at 16. In his 20s he went to Paris to study painting and photography. Moving to Manhattan in 1978, he took up with the city’s downtown bohemian crowd, hobnobbing with young upstarts like Keith Haring, Kenny Scharf, Madonna and Jean-Michel Basquiat. Large, beautifully made portraits of these and other rising stars in their studios and their chic habitats — including the scene’s éminence grise, Andy Warhol — are included in the Grey exhibition.

Tseng regularly documented Haring surreptitiously drawing his white-chalk cartoon allegories on blacked-out signboards in New York subway stations; he also made photographs of the dancer Bill T. Jones, naked but for patterns painted by Haring all over his body. Because of Haring’s celebrity, these became widely known to people who had never heard of Tseng.

Though he didn’t rise to superstardom (he died of AIDS in 1990 at 39), Tseng’s works were reproduced and internationally disseminated in art magazines. They helped to spread a new, distinctively postmodernist sensibility whose main feature was a hyper-sophisticated focus on visual semiotics. In “East Meets West” and “The Expeditionary Series,” the arresting interest is in the convergence and clash of diverse signiiers.

No doubt Tseng was dealing with his own complicated feelings about being a Westernized Chinese gay man. Donning his Mao suit and dark glasses, he turned himself into the satirical embodiment of the stereotypical inscrutable Asian Other. But his pictures don’t seem personally expressive. Rather, his vision of the Chinese Communist emissary touring popularly sacred Western sites prompts thoughts about vast national collectives and global histories that enmesh and dwarf individuals and all too often set different groups against one another. Tseng may be viewed as an early practitioner of identity politics, but in his shape-shifting way, he tended more toward an insouciant skepticism about ixed identities.

He was blessed with a larky spirit. In 1980, wearing his Mao suit, he crashed a $300-per-ticket reception for an exhibition of Qing dynasty costumes at the Metropolitan Museum of Art. An assistant shot him posing with celebrities like Paloma Picasso, Henry Kissinger and Yves Saint Laurent, who either took him for a visiting Chinese dignitary or didn’t know what to make of him. (He sported a seemingly oficial but uninformative name tag in a plastic envelope pinned to his chest, with a head shot of himself and the words “Visitor/Visiteur” stamped on it.) Images from “Lifeguard Ball” (1981) show a Mao-suited Tseng frolicking with beefy young men at a lifeguards’ party in Wildwood, N.J.

For a series called “Moral Majority” (1981), Tseng traveled to Washington, where he persuaded conservative luminaries like Jerry Falwell, Alfonse D’Amato and William F. Buckley Jr. to pose for the camera before the backdrop of a large, profusely wrinkled American lag stapled to a rigid panel. For that project, Tseng wore a seersucker suit, the preppy uniform of a young Republican. Remarkably, these images aren’t obviously satirical; the portraits are digniied, and the wrinkled lag doesn’t necessarily read as a critique. In some images the artist appears, genially smiling along with his subject. He’s a slyly charming predecessor of Sacha Baron Cohen’s wily fool Borat.

Tseng certainly had cause to be enraged by conservative trends of the Reagan era. Yet his work never seems peevish, cynical or doctrinaire. He was a seriously playful artist. In his utopia, everyone would be having fun; no one would be left out.