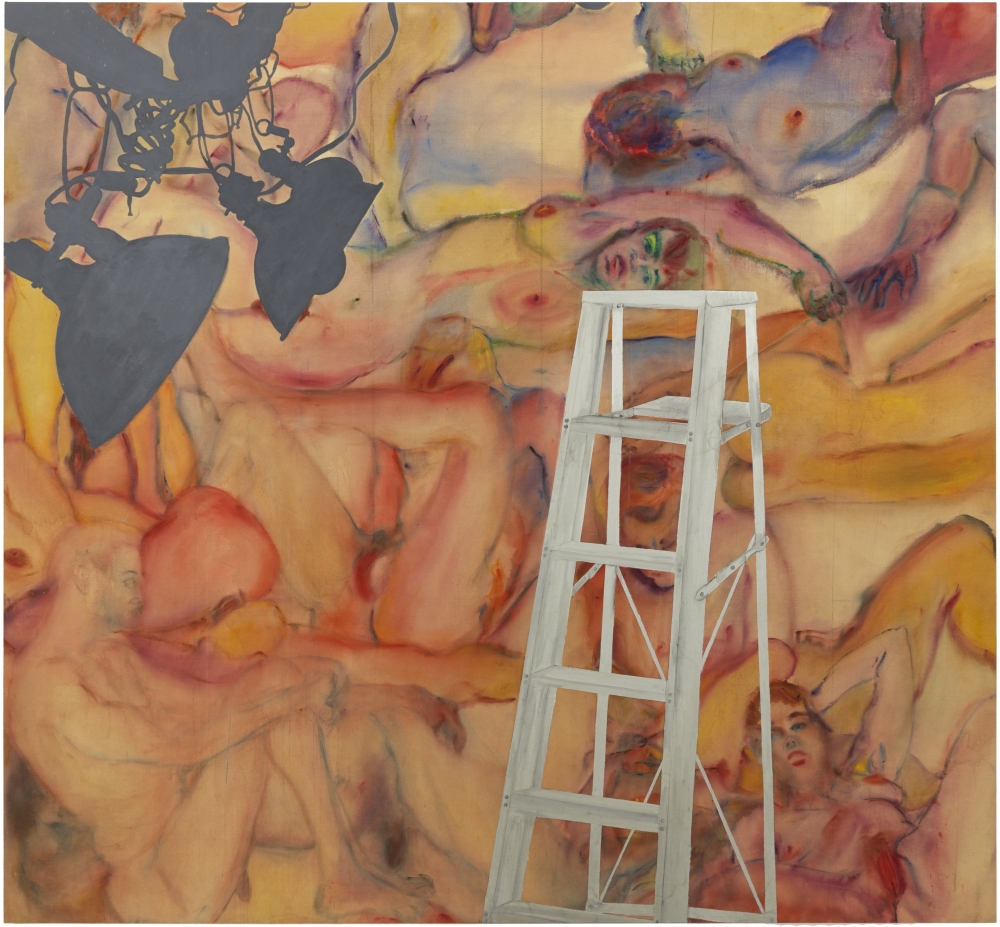 Martha Edelheit is yet another indication that 20th-century art history is still under construction, with large areas unfinished or invisible. Ms. Edelheit was included in last year’s “Inventing Downtown: Artist-Run Galleries in New York City, 1952-1965” at the Grey Art Gallery, which featured several artists unfamiliar to wider audiences. Now “Flesh Walls: Tales From the 60s” at Eric Firestone is devoted to Ms. Edelheit’s work from that era. She was part of the downtown, artist-run Reuben Gallery, where she had her first solo show in 1960. The “Flesh Walls” title is not metaphorical or accidental. Ms. Edelheit’s meaty, sexy paintings and drawings iterate tales of the sexually permissive ’60s. She approached the human body through the skin, inspired initially by the writings of the anthropologist Claude LeviStrauss, who suggested that the body was the original canvas for painting, in the form of tattoos.