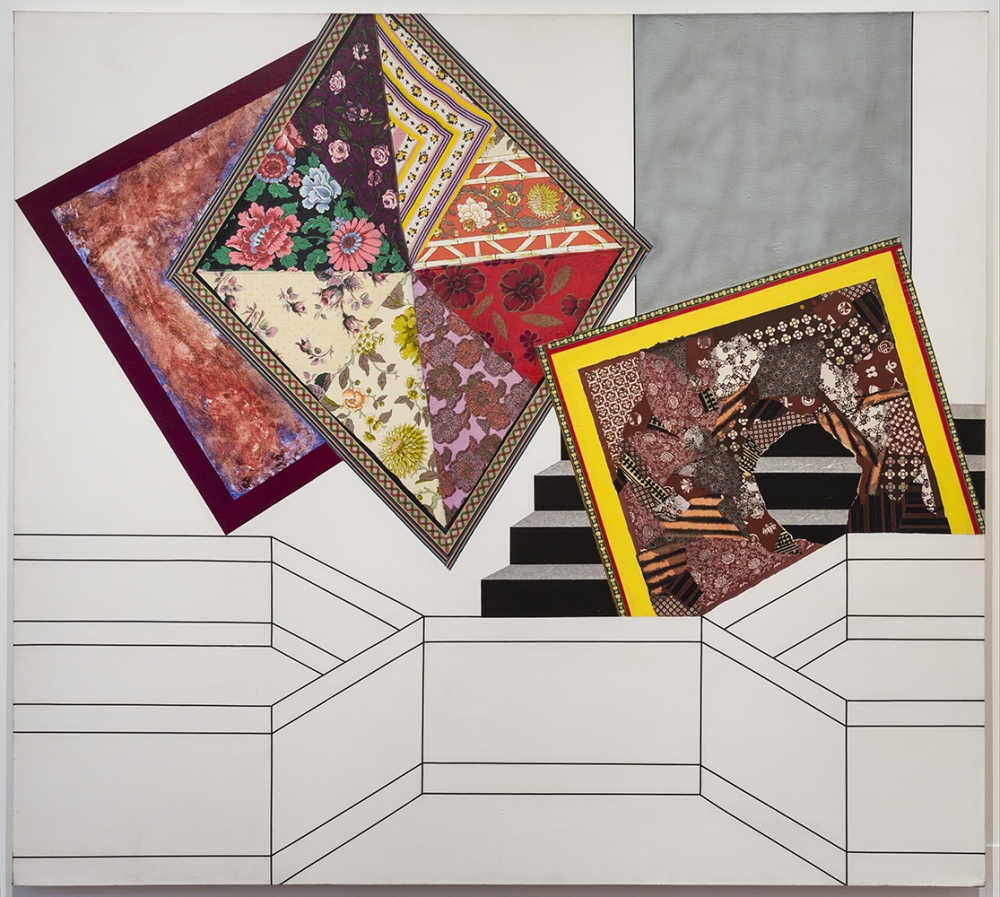 Two exhibitions offer a broad overview of the 60-year career of influential first-generation feminist artist Miriam Schapiro, who died last summer at the age of 91. With Judy Chicago she established the CalArts Feminist Art Program in 1970 and organized the legendary CalArts “Womanhouse.”

“Miriam Schapiro, A Visionary,” at the National Academy is the artist’s first survey in New York and ranges from her de Kooning–esque fleshy Abstract Expressionist paintings of the ’50s to her gorgeous hard-edge acrylics of the ’60s to her subversive crazy-quilt florals, pinwheels, and fan collages of the Pattern and Decoration ’70s and beyond. Dollhouse (1972), which was included in “Womanhouse,” contains soft Oldenburgian kitchen appliances, a witty endless column of wine corks, and a tiny cloth doll—wearing Barbie’s plastic cowboy boots—that could almost have been by Louise Bourgeois.

Big Ox (1967), the artist’s breakthrough hard-edge work, is installed in the National Academy’s lobby. Its orange hexagonal letter “O” superposed on a big letter “X” on a metallic silver ground has, as Schapiro noted, “a pink labial interior…. The meaning of the image is the meaning of a woman’s being, a woman’s body.” Its illusionistic three-dimensionality rivals that of Al Held. This painting scared even Schapiro herself (she turned it toward the wall for six months).

But what made Schapiro most influential was her manifesto in the Winter 1978 issue of the feminist journal Heresies, in which she defined her theory of “Femmage.” She claimed feminist art was based on collage: saving and collecting were important; scraps were essential. Covert imagery—private narratives, diaristic handwriting, drawings, photographs, silhouette images, patterns, photographs—was all functional as well as aesthetic. She declared woman’s craft, minds, and bodies as high art, thus co-opting prior artists from Carolee Schneemann to Eleanor Antin, from Hannah Wilke to—after the fact—Kara Walker. Did anyone care that some of them already shared the same mindset or that Joseph Cornell and Lucas Samaras had seen the potential for women’s crafts a decade or more earlier? Or, for that matter, that Picasso and Schwitters had long ago shown that collage was basic to modern art?