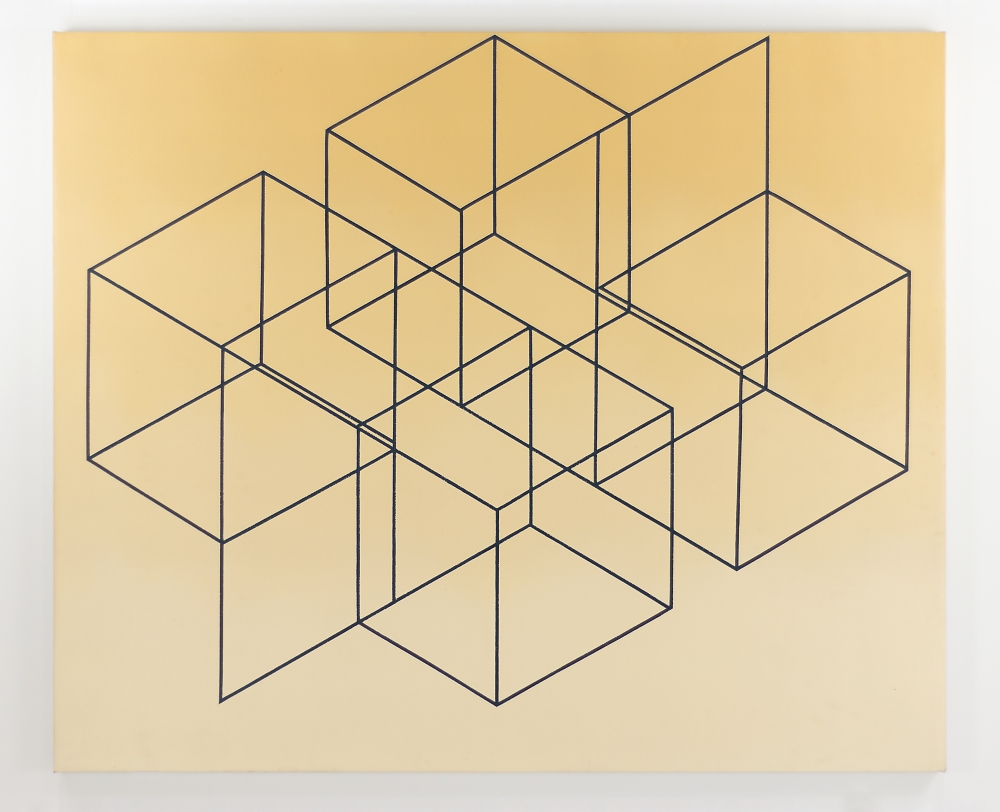 Miriam Schapiro’s early collaborations are well-trod ground; her cofounding with Judy Chicago of one of the first feminist-art programs, at the California Institute of the Arts, in 1971 is legendary, and her part in coining the term femmage broke open linguistics for a burgeoning field of feminist art. But a particular association, with physicist David Nabilof, is understudied. Schapiro met Nabilof while both were teaching at the University of California, San Diego, in 1967, and together they explored the possibilities of then-nascent computer-aided design technologies. For a painter who was inculcated into the cult of Abstract Expressionist mark-making, this must have seemed a revelation—and the canvases on display in this eight-painting show are evidence of that fruitful dialogue.

One gets a sense of the artist sans computer in three paintings, all dated 1967, which display Schapiro’s crystalline, geometric style. Byzantium, for example, is a gathering of rectilinear shapes emerging from a deep-violet background, with the central form a broken pilaster. This changes in 1969, when her compositions began to look like wire frames of non-Euclidean geometric problem sets. Computer Series, 1969, presents a group of cubes and planes atop an orange ombré ground. Here, the hard-edge clarity of shape is set against ambiguous space, creating a painting that is confounding and pleasurable in equal measure. Executed on the silvery substance name-checked in its title, Mylar Series (Computer Series), 1971, is the apotheosis of Schapiro’s cyber-dream, wherein a viewer’s reflection is necessarily incorporated in her thinly taped forms—a collaboration without end.