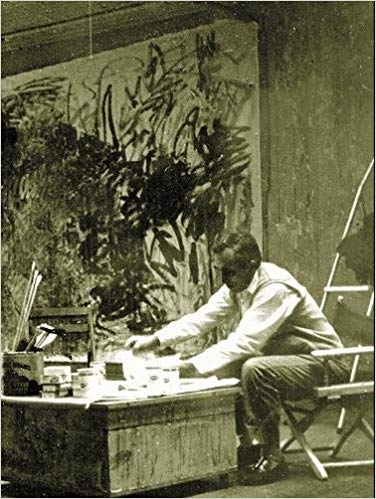 Milton Resnick was an American artist known for abstract paintings that coupled scale with painterly density. It was not uncommon for some of the largest paintings to weigh in excess three hundred pounds, almost all of it pigment. He had a long and varied career, lasting about sixty-five years. He produced at least eight hundred canvases and eight thousand works on paper and board.  He also wrote poetry on a nearly daily basis for the last thirty years of his life. He was an inveterate reader, riveting speaker and gifted teller of tales, capable of conversing with college audiences in sessions that might last three hours.

Resnick was born in the Ukraine in 1917 and emigrated to New York with his family in 1922. He grew up in Brooklyn and left home as a teenager when his father forebade him to become an artist.  By 1938 he had his first studio on West 21st Street. His early girlfriend was Elaine Fried, who would later marry Willem de Kooning. Resnick and de Kooning remained close friends and artistic peers for decades.  In the pre-war years, Resnick also developed friendships with artists such as Ad Reinhardt and Ibram Lassaw. He worked on the W.P.A. Project briefly in these years and he started to make abstractions in the 1940s.  He was also a founding member of the Club, the legendary forum for Abstract Expressionists. However, Resnick was often associated, mistakenly, with the Second Generation of the New York School – perhaps because he served in the army for much of the 1940s during the Second World War and then studied in Paris at the Academie Julian on the G.I. Bill. 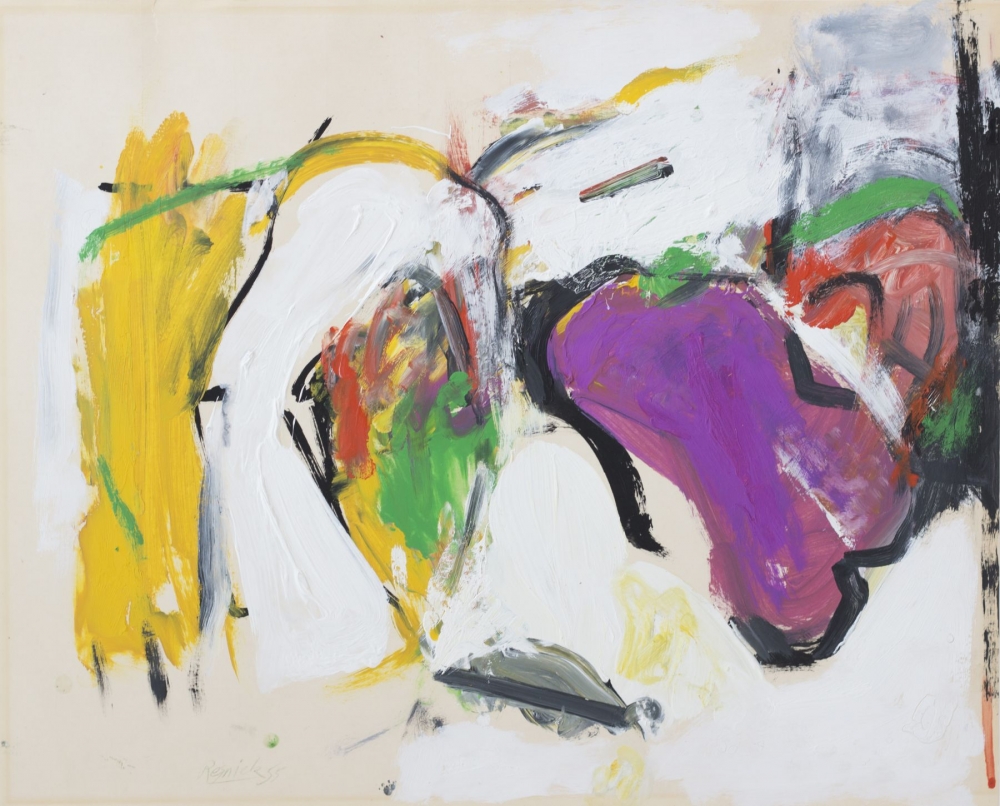 In Paris, Resnick’s friends included Constantin Brancusi, Alberto Giacometti, and Jean Hélion. Unfortunately, none of Resnick’s paintings from Paris remain. When he returned to New York in 1948, he reconnected with Willem de Kooning who introduced his Black Mountain College student, Pat Passlof.  Passlof and Resnick would evenutally marry.

During his lifetime he was represented by the following galleries: Poindexter Gallery, Howard Wise Gallery, Max Hutchinson, and Robert Miller.

Montauk Highway II: Postwar Abstraction in the Hamptons
August 4 – September 23, 2018
Back To Top