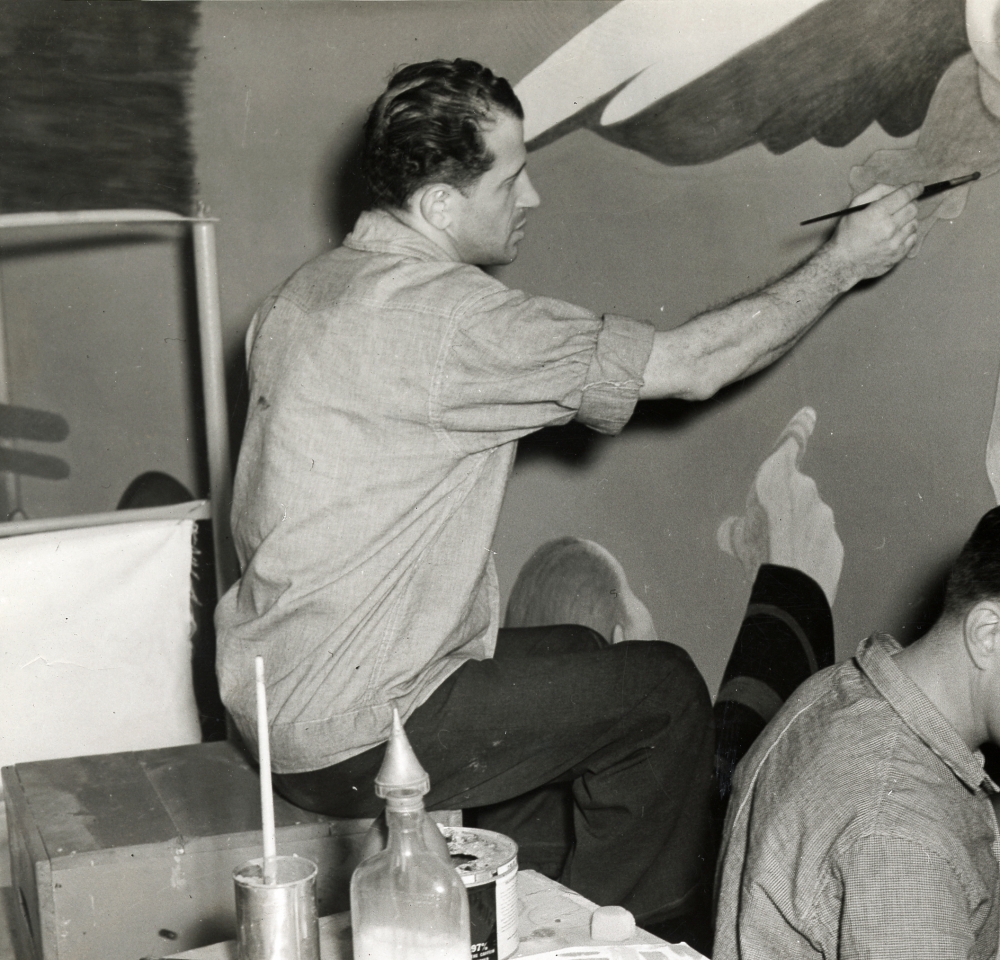 James Brooks moved often as a child and lived in Oklahoma City and Shawnee, Oklahoma, and Denver, Colorado before settling with his family in Dallas, Texas where he attended high school and began studying art at Southern Methodist University from 1923-1925. After he left college, he continued his artistic training with Martha Simkins, a former student of William Merritt Chase. In 1926, Brooks relocated to New York City, where he enrolled in night classes at The Art Students League, studying with Kimon Nicolaides and Boardman Robinson.

James Brooks began his career as a Social Realist artist, but later adopted an abstract style and became associated with the  New York School and Abstract Expressionists. From 1936 to 1942, working for the Works Progress Administration (WPA) Federal Art Project in New York, Brooks executed several murals, most notably the celebrated Flight, 1942, in the lobby of the International Marine Terminal Building at La Guardia Airport.

Beginning in the late 1940s Brooks began to shift into a style that combined calligraphy and abstract shapes within a dense, shallow field. He also began to dilute his oil paint in order to stain the mostly raw canvas.  In the summer of 1948 he developed a more fluid style after being inspired by the random shapes that occurred on the back of canvases to which he had glued paintings with black paste. He subsequently executed a series of stained and dripped canvases that were featured at his first solo exhibition the following year at the Peridot Gallery in New York City. 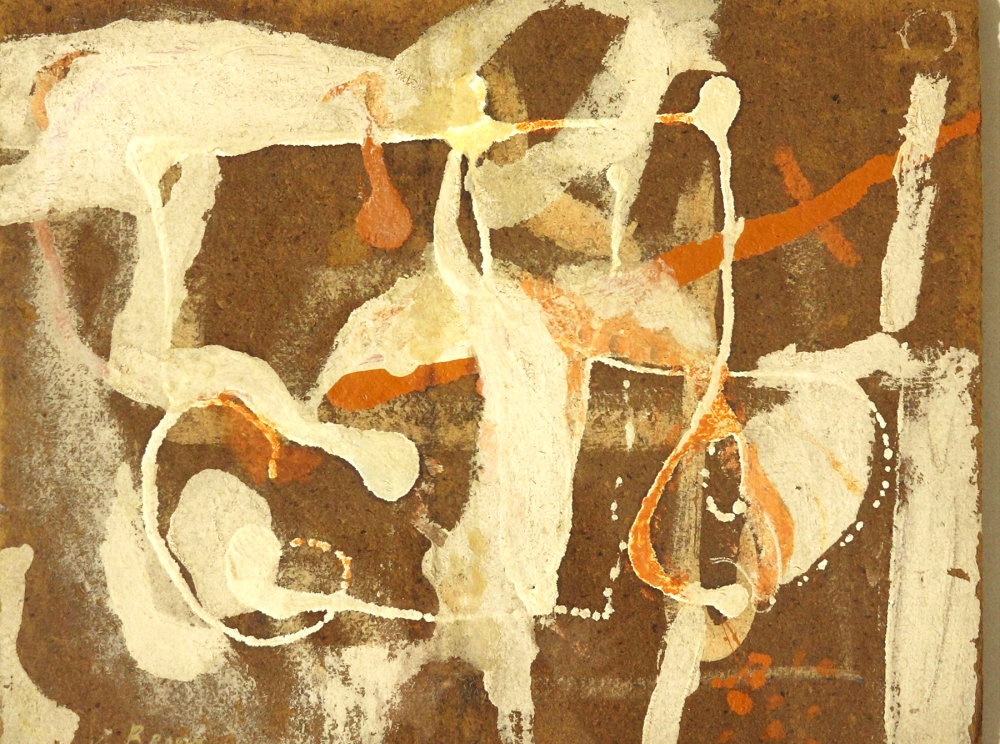 In the 1950s he experimented with the thinning and drying of the medium and with applying mixtures of commercial enamels and oils directly from the tube to create a matte surface and to limit the viscosity of the pigment. BERL, 1956 is emblematic of this approach. Brooks used numbers and letters to identify and title his paintings. He frequently added nonsense syllables to the letters as a mnemonic device.

In 1951, he participated in the historic “Ninth Street Exhibition,” an artist-organized show that included the work of Pollock, Hans Hofmann, Franz Kline, Willem de Kooning and Robert Motherwell.

From the 1960s on, Brooks simplified his compositions, abandoning the densely packed character of his earlier works. Color, however, remained a consistent and essential ingredient in his pictures, and he frequently started with colored grounds rather than plain white canvas.

During his lifetime, he had five retrospectives, which traveled to museums throughout the country, including the Whitney Museum of American Art, the Dallas Museum of Fine Arts, and the Portland Museum of Art in Maine. His works can be found in the collections of The Albright-Knox Art Gallery, Buffalo; the Art Institute of Chicago; the Brooklyn Museum; the Corcoran Gallery of Art, Washington, D.C.; the Hirshhorn Museum, Smithsonian Institution, Washington, D.C., the Solomon R. Guggenheim Museum, New York; the Museum of Modern Art, New York; the Tate Gallery, London.

Brooks has a rich history as an artist in the Hamptons. Brooks was a friend of Jackson Pollock and Lee Krasner and moved into Pollock’s Greenwich Village apartment at 46 East 8th Street after Pollock and Krasner moved to Springs, New York. In 1947 he married artist Charlotte Park and, due to Pollock and Krasner’s invitation, spent the following summer working in the Hamptons painting in a shack on the Montauk Bluffs. They decided to move to East Hampton in 1949 and created a studio at Rocky Point in Montauk, New York. The Montauk studio and several of Brooks paintings were destroyed in Hurricane Carol with the studio being blown off a hill in 1954. Brooks then had their house, which was not damaged, towed by barge across to Springs where it was located on an 11-acre parcel on Neck Path close to Pollock’s home. Following the death of James Brooks in 1992 and Charlotte Park in 2010, their studio was slated for demolition. However after a citizens group campaigned for the preservation of the artists’ residence and workspaces, the property was approved for restoration by The Town of East Hampton in 2015 and will re-open as a museum. 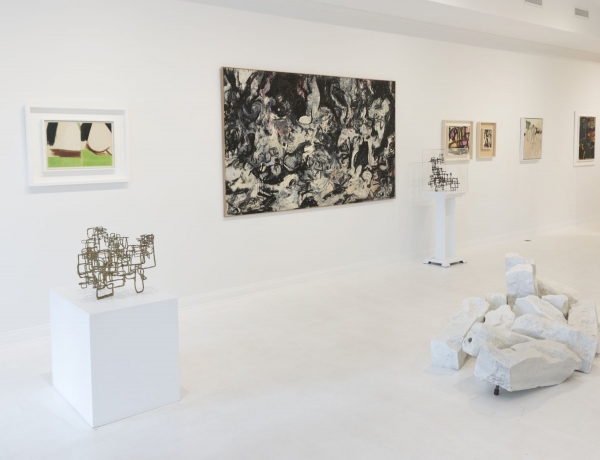